Man is fortunate when nature smiles on him. Becoming a father 11 years ago was a gift. That is my son and I practicing HsingI at the Beach last year.

My journey in Chinese Martial Arts began in the early 1980's. In 1989-90, I found a teacher that I practiced with daily for well over 7 years, plus I learned about culture and cooking too :)

Through Kung Fu, I was able to find a place in my heart and mind that helped me mature.

My career started in the hospitals, as Cardiac-Pulmonary Rehab Exercise Physiologist and moved upward from there. Teaching and working with folks has always been a great pleasure.

Martial Arts and Me

My Grandfather walked a beat during the 1950's thru 1970's. Samuel Ryce Motley (1917-1994, "miss you grandpa"). He was a Police Officer, (newspaper clipping from 1969, bottom middle of page) then later the Sheriff. My dad was a Correction's Officer, then a Highway Patrolman. 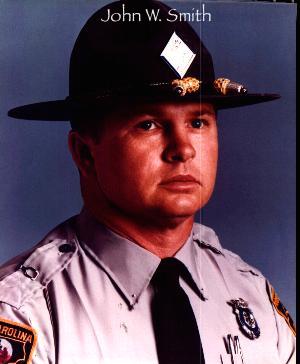 So we heard and saw a lot about criminal activity, and handling yourself in dangerous situations. My dad had only one saying about a fight:

"Son, there is only one kind of fair fight. The one that you win"

Dad wasn't a poet, but he was right.

When I was taught KungFu, I trained with Delta's, Special Forces and Rangers. They had access to "sporting martial arts" at Bragg Army Base, but they often said "it would get them killed in the field". So they would pay to train together in the fighting art, rather than take the free mat and glove courses. We were reminded of two things regularly:

"It is better to get hit by a brother, than a stranger."

"Sweat and effort during practice reduces bleeding in fights"

As much as we had to practice the fighting arts, we were even more equally required to pray, meditate, find ourselves and to work to be better people.

I can say with out a a doubt, that sparring, training for an hour was waayyyy easier than meditating, zham zhaung and mindful training for the same hour. It took me 2 years of daily practice, to get a place that it was not a personal wrestling match to face myself.

My motivation to start this Martial Arts Podcast and content was inspired by Cliff Ravenscraft and Iain Abernathy primarily.

Their sincerity in communicating their perspectives and skills has enriched me.

My Intent is to be a better man. My Priorities to guide me that way:

1. Treat others with respect, and expect the same.

2. Be grateful for the rare opportunity to breathe and live, it will be gone too soon.

3. Enjoy the raising of my son. May I do all it takes to help him be better than me.

4. Use my mind every day, teach, learn, and apply.

7. Put my boots on the ground, and point them in the right direction, every day.

Thank You very much for reading this and perhaps I will be fortunate enough to get introduced to you one day.