Kungfu and Myth of Secret Technique

Over the years we often get to meet students from other schools, and often they want to learn our style of kungfu and Tai Chi Chuan. Many times they would mention 'close door student' or 'advanced technique training''; and I honestly had no clue to what they were referring to. Sifu Chin would often joke about the secret movement kungfu, like 'super finger' or 'knife hand' that led students to believe that there was a secret technique that would overcome all others. We know that this really isn't so, in fact, we know that if we expect for technique to bail us out of a jam, we are in real trouble. 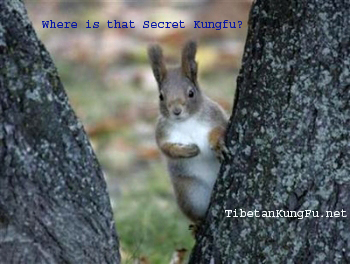 However, over the years, we also learned that there is deeper understanding kungfu. Most of the time, this kungfu and Tai Chi training were physically simple by instruction, but challenging, methotical, and non-negotiable with the mind-set of the training. We keep our Hsing-I, Hop Gar, and Old Fighting Style Tai Chi Chuan closer to the vest, not because of 'secret', but because of the demands and expectation for both teacher and student.

There were only a few times with Master Chin did he require that we pay him extra for training in an area. It wasn't a fee to learn, it was a committment fee, so that when you were getting it, and realized how difficult it was, you wouldn't quit. Having gone through some of this now as a teacher, I better understand, because it is challenging on both to maintain the perserverance and steadiness to make the unnatural... natural. This was also the reason that Master Kuo had Sifu Chin committ $1,000 to learn Hsing I in the early 1960's, after Master Kuo told him for weeks it was 'too hard'.

As our students will attest, as many are currently going through some 'reverse engineering' of their Tai Chi Chuan, it is the understanding and naturalness of the simple principles that drives all the kung fu. Not the 'Super Finger' technique. Get into practice, and train the areas that need the work, develop your understanding in movement, and non-movement and you will advance yourself.

Categories Posted in Chinese Martial Arts , Style: Tai Chi
- Genre Label Martial
** You can Listen to The Latest Podcasts on the Self Updating Stitcher Player