Tibet and Dalai Lama has support from Harrison Ford 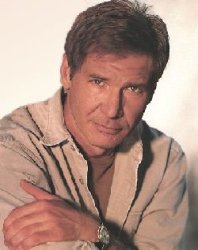 Harrison Ford, Buddhist, was born in 1942 and has demonstrated his support of the Tibetan People and the Dalai Lama. He was a tremendous supporter of the movie "7 Years in Tibet".

Harrison Ford was born in 1942 and is very recognizable for his works and performance. He is also recognized for his support of the Tibetan cause and the Dalai Lama.

In 1998, during an interview he stated, "I support Tibet publicly," Ford told George magazine. "I just don't make it a public issue. I have introduced the Dalai Lama on a couple of occasions, and I have privately supported and am involved in other efforts to redress the inequity of the situation, but I don't actively look for opportunities to advance these issues."

Mr. Ford worked on the "Dalai Lama Renaissance" and narrated the documentary. You are encouraged to visit this site.

In San Francisco, 1997, many recognizable people lined up to shake the Dalai Lama's hand with the "Free Tibet Concert". Included was Mr. Ford, Steven Seagal, Sharon Stone, and many others.

On September 7, 1995, Mr. Ford testified to Congress about his experience in Tibet:

Tibet. This is not something that has gone unnoticed by the American

people . The Tibetan struggle is no ordinary freedom struggle. The

their leader, His Holiness the Dalai Lama. It is a path of non-

As an American who cares deeply about justice, freedom and democracy,

own values. It is about the survival of a people who seek only to

democratically determine their own government, to have the freedom to

practice their own religion without interference, and to bring up

experiences in Tibet, although you will hear about our trip there from

my wife, Melissa. But I would like to take this Opportunity to

introduce to you a man of remarkable courage. A man who has risked his

the outside world, Mr. Gendun Rinchen.

Three years ago Melissa and I traveled to Tibet. Our tour guide was an

and detained for attempting to provide information about human rights

in Tibet to a visiting delegation. He was charged with stealing state

secrets, but was released after eight months because of intense

He will tell his own story. But, I would like to impress upon you the

dedication and courage of this man, who under impossible

circumstances, contributed enormously to educating the world about the

As we appear before you today, His Holiness the Dalai Lama is in this

country, speaking to students, business leaders and Americans from all

walks of life for whom his message of peace, compassion and

non-violence resonates deeply. I would also like to take this

meet with this man of peace. His Holiness is a great man; to meet with

him brings dignity to America and to us all.

Thank you for this opportunity to appear before you today."