Master David Chin demonstrates the Original Yang Style Tai Chi Chuan, sometimes referred to as the Quang Ping or Yang Ban Ho style. With Sifu Heintzmann a demonstration of the Eight Gate Fa Jing Power is shown. The presentation allows one to see the timing and togetherness as discoursed in the ancient Tai Chi kungfu classics. 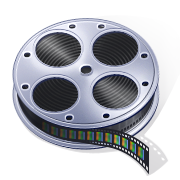 Master Kuo Lien Ying taught Master Chin privately on the rooftop of the Sam Wang Hotel in the early 1960's. The power through the Zham Zhuang (posting), Yi Chuan and Fa Jing is very impressive.

Categories Posted in Style: Tai Chi
- Genre Label
** You can Listen to The Latest Podcasts on the Self Updating Stitcher Player